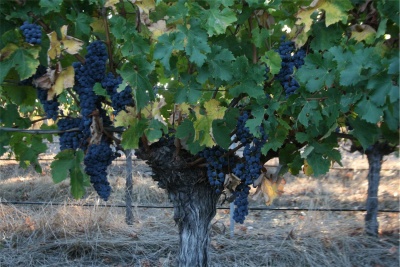 The 2016 vintage in Margaret River was a challenge this year, untimely rain early in the season and then again during the red ripening coupled with overcast weeks during the tail end of harvest.

Rob’s meticulous work in the vineyard keeping on top of any potential disease situations and ensuring we had a tight spray regime, sometimes spraying only 5 days apart! Ensured that the fruit matured perfectly and arrived into the winery in pristine condition. During the winter of 2015 we undertook extensive work in the vineyard, hiring specialist pruners to re-structure our vineyard removing any old wood and selecting shoots that will re position the crown of the vine over the top of the roots therefore ensuring maximum vine health and growth potential.

We started this season with Chardonnay, picking with a nice bright acidity and flavours of lemon pie, apple and melon, the Baume was around 12.4 and TA of 6.8. Pressed and racked into barrel for wild ferment our attention turned onto the race between the Chenin Blanc and the newly grafted block of Malbec to see who would be the next grape off the vine!

After 10 days or so the Chenin prevailed, machine harvested in the early morning, pressed and directly to tank for ferment.

The following week the floodgates opened as we picked 2/3 of our grafted vines closely followed by the New Shiraz block (not that new) and Cabernet Franc. The next week we shuffled barrels around and did some pressing ready to pick the Old Shiraz block the coming week knowing that after that pick we would have a small breather as the weather typically cools, the nights get cold and the Cabernet Sauvignon hangs out in the vineyard developing those beautiful flavours and tannins that Margaret River is becoming famous for.

This is when the curveball was thrown… The first week went to plan, textbook almost, mild days and cold nights! Ha perfect, Rob and Dylan were rubbing their hands together, 10 days and we pick. No one touched wood!  The days started to become cloudy and the temperatures dropped to low 20’s in the day, away from the golden 25-26. “Well that puts us back a week, at least there is no rain” (oh-oh forgot to touch wood again!)… frantically checking sea breeze, Elders weather, BOM cross referencing, double checking, triple checking there it was a serious weather event approaching! The first one missed Margaret River, but the second didn’t. We spent the next couple of weeks with the sun peaking in and out slowly but surely ripening our beloved Cabernet. With another rain even on the way we booked in our harvester, the tannins were spot on and the flavours were perfect. On the day before the pick it bucketed down stopping only 6 hours before we were due to start. Rob attacked the vineyard with his spray unit using the fans to blow the water off the vines in advance of the harvester, which too has fans to blow off water and leaves etc.

I am happy to report that the Cabernet arrived in the winery at exactly the same Baume we tested in the vineyard, dodging any dilution.  Some of these grapes which were selected from the best section of the vineyard were put in 400L barrels to be pressed and earmarked for the 2016 Reserve Cabernet Sauvignon!

Overall we are extremely happy with this vintage, an increase in yields along with a dramatic increase in vine health and fruit quality due to the long hours in the vineyard over winter coupled with a great season will produce some of the best wines in the last few years! We have also adopted a few ideals from the bio-dynamic movement, harvesting 5/7 times on a fruit day, which shows greater concentration and depth of flavours, the remaining two picks were on leaf days.

In the winery most batches have been pressed, malo-lactic fermentation has been completed and wines are ready to be racked, then sleep for the next few months. This is the time we will turn our attention back to the vineyard, where the sheep are currently eating away weeds, new experimental cover crops will be sown in an effort to combat weeds and provide a humus layer to the soil, increasing water and nutrient retention. The pruning with take place with the second stage of the re-structuring being much less work but just as important, shoots will be positioned for maximum effect and old spur pruning will be assessed for its viability.

Until next time crack open a bottle of Cape Grace, think about the love and work that has gone into it and as always feel free to let us know what you think!

What are you looking for?